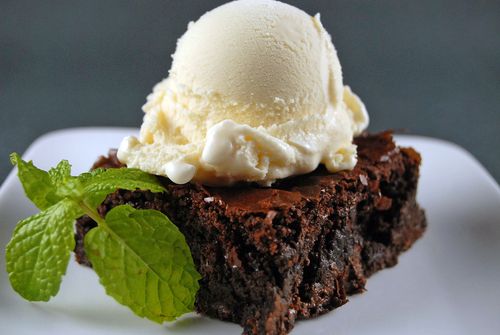 I am generally more than a little skeptical of a chef (or a company’s) claims that a certain recipe will yield the “best” representation of a dish.  It is why I have always bristled a bit at Chris Kimball’s proclamations of such through his “Cook’s Illustrated” and  “America’s Test Kitchen” entities.  Now, before any of you who may be big fans of his go all apoplectic on me, I actually do the like the guy, and his publications and shows.  I frequently learn new and useful cooking “tips” when reading “Cooks Illustrated”, and have found many of his recipes over the years to be quite good.  I just don’t believe that anyone has a lock on the “best” iteration of any dish, largely because there is no single definition as to what constitutes the “best” of any kind of recipe.  My idea of a great Duck Confit is not likely the same as Thomas Keller’s, or Joel Robuchon’s, or Chris Kimball’s, or my wife’s for that matter.  Given the subjectivity of all of our likes and tastes, how could it be any other way?

That said, imagine the look of disdain that crossed my face when I unexpectedly came across a brownie recipe the other day entitled “The Best Fudge Brownies Ever”.

I must have been in just the right mood at that moment, because instead of laughing it off as a lot of empty campaign promises, I took more of a …. “HA, we’ll just see about THAT!” attitude toward the claim, and decided that a little brownie smack-down was in order.  I had two willing accomplices in the kitchen that day, as Muppet, and her visiting friend who we shall call “Pussycat”, were more than happy to lend their talents to the cause.

Those of you who have been reading the blog for a while may notice a pattern where Muppet is concerned….if chocolate is part of the plan….she is my go-to girl!

I found this recipe while filling the flour canister in my kitchen with a fresh bag of King Arthur AP-Flour.  The recipe was printed right on the back of the bag, and this, I must confess, left me a bit perplexed.  I mean, how good could this recipe for the “best”  brownies be, if the folks at King Arthur were just giving it away to anyone who happened upon a bag of their flour?

The girls quickly busied themselves with measuring and mixing the dry ingredients, cracking open the eggs, and melting the butter with the sugar, while I pre-heated the oven and prepped our pan.

Yes, I’ve learned to keep all of the easy stuff to do myself.  😉

In all of 15 minutes, the pan was in the oven and the hovering and badgering by the girls had begun.  As the aroma of baking chocolate began wafting through the house, the natives became even more restless.

ARE THE BROWNIES DONE YET?

HOW MANY MORE MINUTES TILL THEIR DONE?

ARGHHHH…YOU’RE KIDDING, RIGHT?  THEY’VE BEEN IN THERE FOR LIKE AN HOUR ALREADY.

CAN WE HAVE ONE AS SOON AS THEY COME OUT?

You mean before dinner?

CAN WE HAVE ONE AS SOON AS THEY COME OUT….PLEASE? (emphasis, and a little whine on the please)

Nice manners, (sort of)….but I’m afraid not.  The recipe clearly states that we need to let the brownies cool in the pan COMPLETELY before we cut and remove them.

WELL…HOW LONG WILL THAT TAKE?

We ended up cooking them for exactly the 28 minutes recommended, then removed the pan to a rack where the brownies taunted, teased, and laughed in the general direction of the girls for the rest of the afternoon.

And how were they, you ask?  Well, as you now know, I would never call them the “best”, because I just don’t believe in the premise as it applies to food, but the girls had no problem whatsoever proclaiming them to be the BEST of the BEST!  They ARE insanely good, with a rich, deep-dark chocolate taste, and a dense, moist crumb….they may not be the best ever, but they are awfully freakin’ close!  If I were you, I’d go make some right NOW.