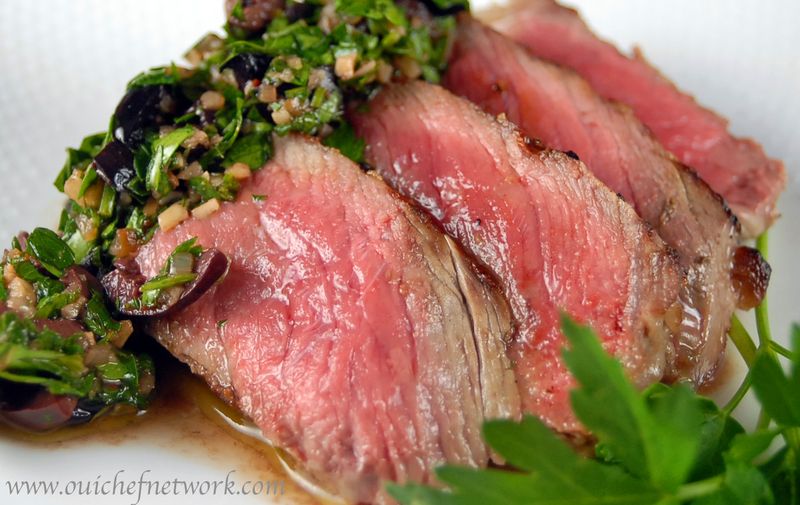 I love my grill.  I love the act of cooking just about anything on my outdoor grill, from the freshest swordfish, to thick, fat-marbled, beef rib-eye steaks.  Every man I know is the same, even guys that avoid cooking in their kitchens at all costs.  Put them next to a screaming hot grill and they have an almost instant primal reaction to the thing…..it’s like we’re all back living in a cave and trying to tame fire for the first time.

Sadly, as a resident of the Northeast, my opportunities to grill outdoors in the winter are fairly limited.  We’ve had such a bad spell of weather as of late, that I haven’t even bothered to dig a path through the snow to my grill, you know, just in case we have a day that creeps above 40℉ and tempts me to fire up the beast.

That said, we have found ourselves doing more braising, making pastas and soups, and generally taking a break from grilled meats.  It’s been all good, and natural, and seasonal, and in keeping with the proper rhythm of life in New England.

That was, until the other day when Peyton said she was “really…really…REALLY hankerin’ for a steak, and questioned if there was there anyway…PLEEEEASE that we could cook one indoors, because she really missed the sizzling, juicy, charred goodness of beef flesh done on the grill!”  Clearly, she has been working on connecting with her inner cave woman.

Happily for her (and for all of us, really) there is a perfectly excellent way to cook steaks indoors, one that imparts many of the flavors that open-flame grilling does when cooking on an outdoor grill.  There are two keys to crafting a “grilled” steak meal indoors to satisfy your inner caveman (or woman as it were), the first is to start with a nice thick steak (at least 1 -1/2″ – 2″ thick), cut from organically and humanely raised cattle.  Second, you need BIG heat.  For me, that translates into a fully pre-heated cast iron grill pan over a high flame to start cooking your steak, and a pre-heated 425℉ oven in which to finish the cooking.  Oh….and you might want to be sure you have a good kitchen exhaust fan too.

I’m a proponent of adding complexity to the flavor of a good steak.  For a filet, that may come in the form of a nice sauce bernaise, or perhaps a dollop of compound butter on top, for a  sirloin or well marbled rib-eye, it is hard to beat a great chimichurri sauce.  I was first introduced to chimichurri when I used to travel to Houston frequently for work.  There was a great Argentinian restaurant there called Churrascos, that served fabulous steaks with the best chimichurri.   The freshness of the parsley, the acidity of the vinegar, and the bite of the garlic are all perfect foils for the melting fat and earthy chew of the beef.  It is so quick to throw one together, that once you’ve tried it, you’ll be making it a lot, I promise.

So let’s begin, shall we?