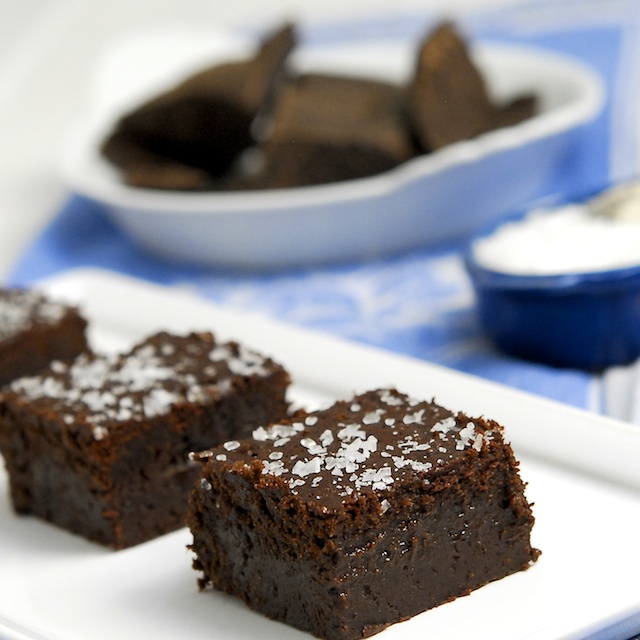 In our seemingly endless effort to ferret out the best brownies on the planet, for you, our devoted readers, we come to you today with yet another contender for the title.  Many of you will recall our first foray into "Baked NYC" territory with this post about them back in January.  In it, we put the original "Baked" brownie to the test, and found we really loved it's deep dark flavor, and almost fudge like consistency.

Well, the guys at Baked Bakery in Brooklyn are back with not only a new cookbook called Baked Explorations

, but also a new take on their now famous brownie.  To put it simply, the Sweet and Salty Brownie is their original on steroids, and while we may hold steroids and all those stupid athletes that use them in low regard, in this instance, they are a VERY GOOD THING! 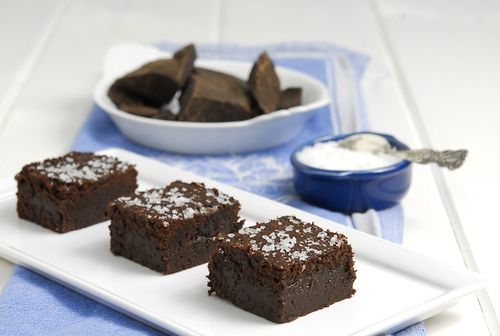 These brownies hang onto all that was good about the original, the insane chocolate flavor, and the cakey at the edge, but dense-as-night in the middle consistency that we all loved.  To this, the Baked guys amp the original by getting all salty with it (I can hear my friend Jess at SodiumGirl cry as I write this, I am so sorry).  By introducing a layer of salted caramel into the center of these babies, and sprinkling the top with a coarse sugar-fleur de sel mix, these brownies go from being simply ridiculous to sublime.

I have written out the recipe below just as it is in the cookbook, but when Arthas, Boris and I made these the other day we encountered one tiny glitch that requires attention.  You see, when we poured the awesomely good caramel to cover the lower layer of brownie mix it was still fairly liquid (though it had cooled).  As such, when we spooned the balance of the brownie batter on top of the caramel, some of it got squeezed out to the edge of the pan and ended up bubbling up the side of the brownies during cooking.  Good news is that the exposed caramel didn't burn, but it did detract a bit from the surface of the pan of brownies as it had a few pools of caramel on it.  The next time we make these, I think I'll set the pan in the fridge for a few minutes after pouring on the caramel, this in order to let it set fully before covering with the rest of the batter.

Make these, and everyone you give one to will love you, like a LOT! 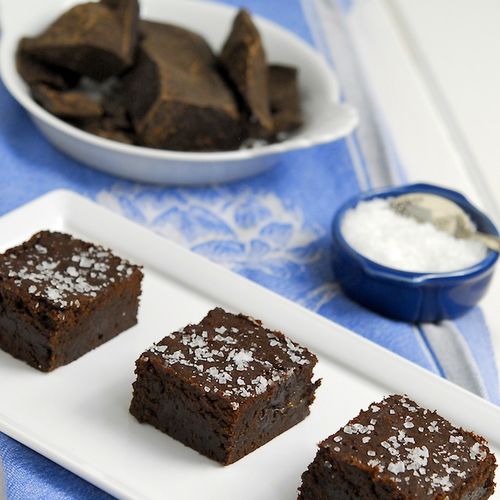 by: Matt Lewis and Renato Poliafito, from their cookbook "Baked Explorations"
notes: Cool the brownies completely before cutting and serving. Store wrapped tightly in plastic wrap for up to 4 days. yield | 12 large brownies or 24 small brownies
yield:
Cooking ModePrint Recipe

For the caramel filling: