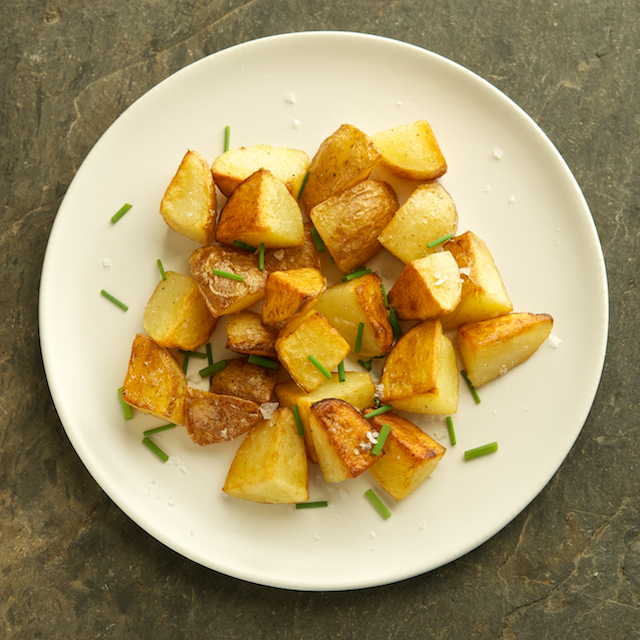 I'm a freak for a good potato chip, and without question my favorite flavor of chip is sea salt and vinegar.  You can keep your sour cream and onion, your barbeque, and your cheddar jalapeno….nothing comes close to a good vinegar chip in my book.

To me, the love of chips (or crisps for my Brit or Oz readers) is universal.  I have never met anyone who doesn't love potato chips.  Have you?  I don't think the same can't be said for many other "cult" status foods.

I actually do know a few folks who don't like chocolate as strange as that may sound to most of you.  Aliens from another planet they must be.

I even know some folks who cringe at the thought of eating bacon, though to be fair I think the response has more to do with the fat content of the stuff rather than the flavor, so I try to be understanding (at least to their face) of their incomprehensible non-bacon lifestyle choice.

Were it not for the fact that chips were deep fried morsels (baked chips suck……don't even get me started on those) I would eat them everyday, but they are fried snacks so I try to limit my intake of them to just 40-50 pounds a year ;-).  When I'm craving the salt-vinegar kick that the chips provide but am trying to be good about my fat intake I turn to these spuds for deliverance.  While not exactly fat free, the fat to spud ratio is much more favorable in this dish than you'll find in fried chips, so these are a relatively guilt-free pleasure.  Plus, they are so much more elegant to serve up with your favorite grilled meat than a handful of greasy chips!