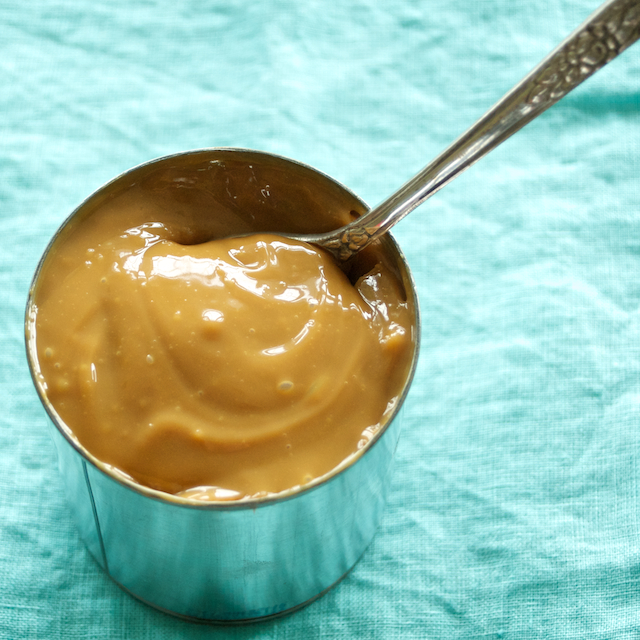 A quick shout-out to my ex mum-in-law, Carol, who recently sent me a link to a blog post by The Tough Cookie all about the various ways you can make dulce de leche at home. Thanks, Mimi!

If you haven't had the pleasure, dulce de leche which literally translates as "jam of milk", is basically a sauce made by slowly cooking milk and sugar until it caramelizes….YUM!  There are a number of different ways to accomplish this at home, the most elementary of which requires slowly cooking milk, sugar, and maybe some vanilla over a low heat until most of the water has evaporated from the milk leaving milk solids, fat, and sugar to caramelize.  I bet the end result is great, but I'll never know because even though I REALLY love to cook, the thought of spending half a day nailed to my stove observing this slow-motion alchemy is a killer.  I'd rather be outside watching my grass grow.

Thankfully, most dulce de leche recipes call for using sweetened condensed milk (SCM) thereby short circuiting the process by allowing you to start with a product that has already given up most of it's water, and has the sugar already incorporated in the mix.  Even starting with SCM though, there are a number of roads you can take to dulce de leche heaven.  There is the expedited "nailed to the stove" method made shorter by starting with the SCM, and I've read of some people actually baking the sweetened condensed milk in the oven to caramelize which is a more hands-off approach.  The Tough Cookie link that was sent to me highlighted the "boil the SCM in it's can" approach, which as a hands-off method clocking in at around 3 hours to complete, is a step in the right direction. 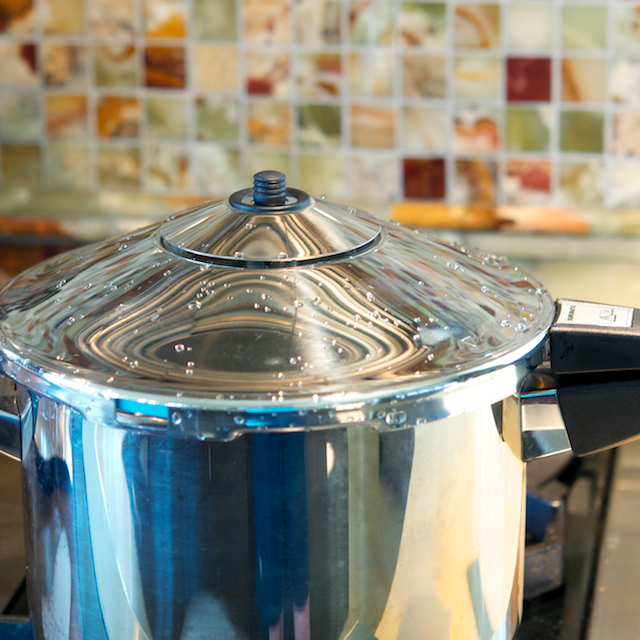 My lonely pressure cooker, rinsed of dust and ready to go!

As luck would have it, a little digging through "Cookie's" site turned up a total of SIX blog posts dedicated to dulce de leche (she is one obsessive thorough gal), including one for a pressure cooker enhanced version of the boil in the can method.  This is the method I landed on because a.) I have a pressure cooker and hardly ever use it which drives me a bit nutty, and b.) using the pressure cooker reduces total cooking time to 40 minutes.

Can you say win-win?

Use this dulce de leche as you would any caramel sauce, drizzled over ice cream, fresh fruit, or a slice of chocolate cake.  Heck, do what I do and just go at it with a spoon and a grin.  Do save some of your dulce de leche though, because I'll be back soon with a recipe for brownie ice cream sandwiches made with homemade vanilla ice cream drizzled with some of this awesome dulce de leche.  It is a recipe you are going to want to make right away!

by: from The Tough Cookie blog
notes: Store any leftover dulce de leche in an airtight container in your fridge.
yield:
Cooking ModePrint Recipe