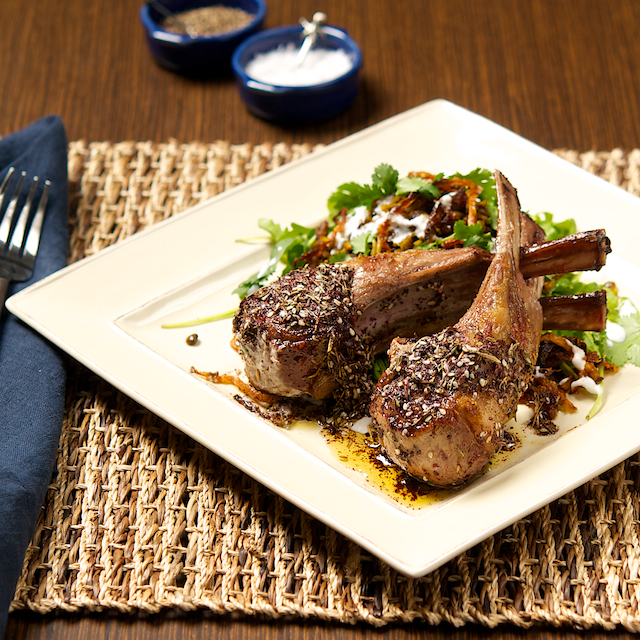 I made another batch of Mejadra (Mujadra) recently, the awesome middle eastern dish consisting of rice, lentils, gads of spices, and fried onions, and enjoyed it over the course of a week as a dinner side as well as a meatless lunchtime meal.  It's an easy, healthy, and super flavorful dish to keep on-hand to fill in the gaps of a given week's meal plan and it seems to get better with each reheating.  I served up my last left-over portion as a dinner side with some delicious double thick lamb chops that I had in the freezer.  Following the lead of my friends Clay and Zach over at The Bitten Word, I decided to marinate my lamb "post-grilling" as the meat rested in a bowl of za'atar and EVOO…..and it was SO GOOD I almost wept!

The Bitten Boys had posted recently about a Cook's Country technique of post-cooking marinating as a way of imparting the best marinade flavor in the meat, and I have been dying to give it a try.  The general idea is that marinating prior to cooking renders the meat very wet when thrown on the grill and inhibits a good char from forming. On the other hand, soaking the meat after cooking (during it's resting period) in the marinade results in the relaxing meat soaking up the fresh marinade flavors just before serving.  It works brilliantly!