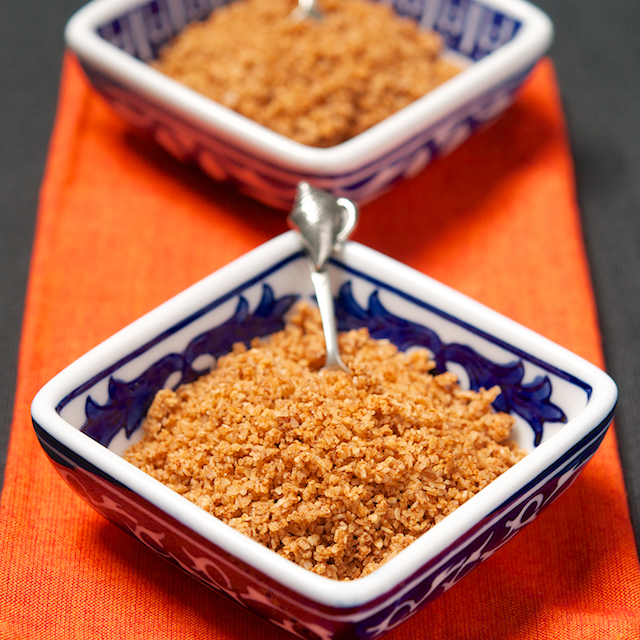 Just because I've decided to cut back on sugar and fat in my post-holiday diet doesn't mean I've taken all the fun off my table.

Case in point, this Sriracha Salt!

While I've been a proponent of herbed salts for years, and have used them both as a dry-brine rub on roasts, as well as last minute seasonings on french fries freshly pulled from a bubbling vat of peanut oil, the thought of mixing anything but freshly minced herbs with my salt had never crossed my mind until recently.  My interest in doctoring salt was originally peaked a few months back when I saw a feature story on same in one of the cooking mags I subscribe to; in the piece there were examples of smoked salts, Asian flavored salts made with seasonings like fish sauce, and salts made with crushed spices and seeds.  All of them sounded quite fabulous but none of them compelled me to whip up a batch of my own custom salt until I saw this simple recipe posted on Epicurious.com and first published in the cookbook,The Sriracha Cookbook: 50 "Rooster Sauce" Recipes that Pack a Punch 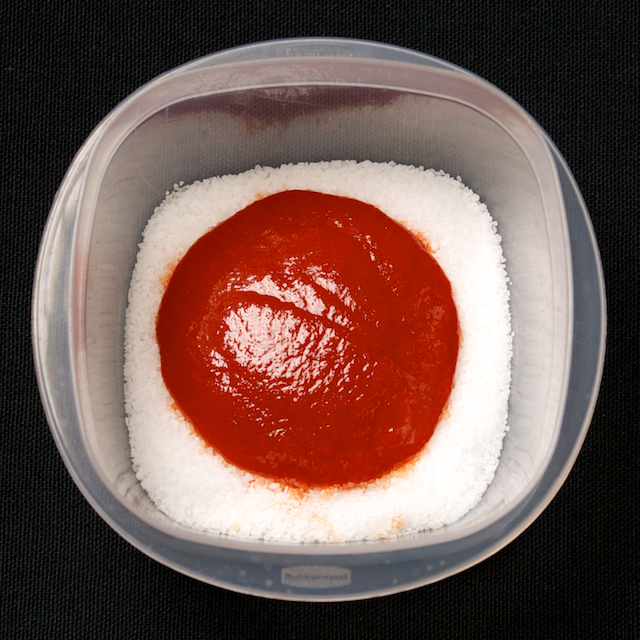 Salt and Sriracha waiting for the big shake-up.

Making this salt couldn't be easier, and I dare say that the Sriracha Salt is something you're going to want to use on everything but your breakfast cereal.  If you're a fan of the famed Thai hot sauce and not under doctor's orders to minimize your sodium intake, do yourself a favor and go make some of this now…..it is so good!