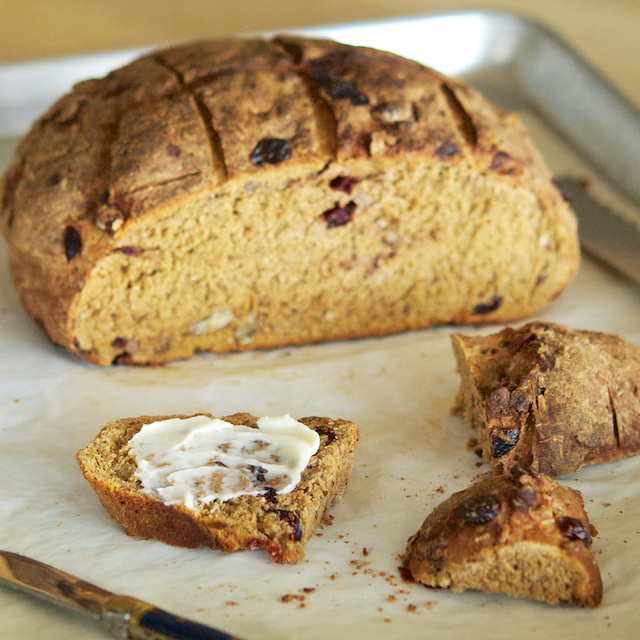 Rye Flour….don't ask me why I have so much of it, but along with scarlet runner beans and dried chilies, I turned up a couple bags of the stuff when organizing my pantry a few weeks back.  I'm sure there are lots of cool things to do with rye flour (please chime in if you happen to know what they are), but all I could think to do was to make some bread.

As luck would have it, Sara Kate Gillingham over at The Kitchn recently posted this recipe, and as I'm a total junky for a good piece of toast in the morning, this loaf was a no-brainer as my first salvo in the battle to use up all of my @#$%&* rye flour.  Her recipe calls for pepitas and cried cherries neither of which I had, so I used dried cranberries and chopped pecans instead….still YUM! 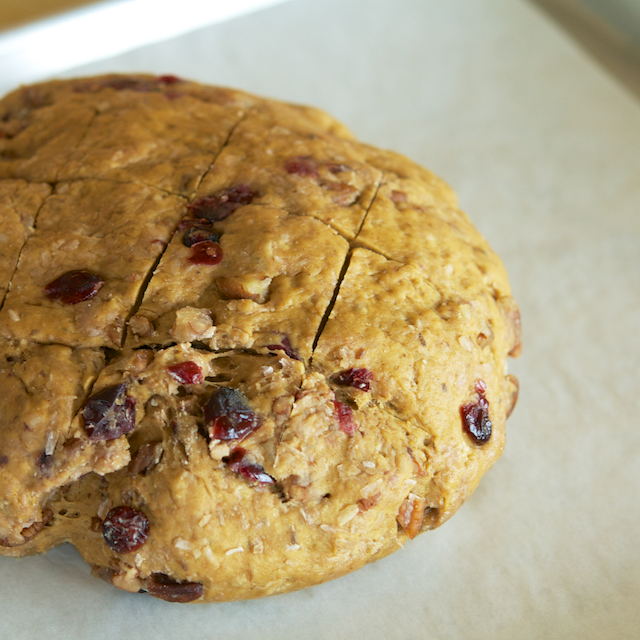 The formed bread, scored, ready to bake, and dense as a hockey puck.

Rye makes a densely crumbed bread on a good day, but mine ended up pushing the density envelope as it struggled to rise at all after it was formed.  It could be that my yeast was a little long in the tooth, or more likely that my kitchen was a bit chilly the day I made the bread and the cool temperature hampered the rise.  Either way, the loaf (while as dense as a decades old fruit cake) turned out delicious and is indeed a formidable toasting bread.  Serve it up slathered with plenty of salted butter to start your day off on the right foot.