It turns out that my beautiful wife is quickly becoming my ice cream muse.  For quite a while now I’ve based my ice cream making on recipes by the amazing Jeni Britton Bauer, founder of the now rightly Jeni’s Ice Cream.  Everything I’ve made from her fist book on the subject has been amazing.  Recently however, my wife has been struck with flavor inspirations and has challenged me to build on Jeni’s well researched (though unusual) base recipes with some new bolt-on flavors.

A few weeks back she had a hankering for a “blueberry cobbler” ice cream, a vanilla base with both blueberry and streusel swirls for fruity sweetness and crunch.  It sounded great, though I was a bit concerned that the streusel might somehow get soggy and gummy in the process of making the treat.  Rather than make a blueberry sauce from scratch, I used the exercise as an excuse to use a jar of “Stonewall Kitchen – Maine Wild Blueberry Jam” that had established a long-term residence in our pantry.  For the streusel, a few handfuls of Trader Joe’s “Pecan Praline Granola” did the trick, staying perfectly crunchy for the duration of its short tenure in our freezer.

END_OF_DOCUMENT_TOKEN_TO_BE_REPLACED

My wife and I travelled to Nashville about a month ago and had a terrific time.  Neither of us are huge country music fans, but we’d heard so much about the city’s burgeoning food scene and it’s deep recording industry heritage, that we decided to give it a whirl.  We spent most of our first day at the quite excellent Country Music Museum and Hall of Fame and  were having such a great visit that we totally lost track if time.  Before we knew it, it was mid-afternoon, we were weak with hunger, and needed to nosh.  Looking for something quick and cheap we popped down to the lobby level and grabbed a few fish tacos at Bajo Sexto.  To be honest, we weren’t exactly expecting stellar fish in land-locked Nashville, but the tacos we had there were among the best we’d ever eaten!  Light, fresh, crisp, boldly flavored, and washed down with a well chilled, locally brewed IPA, we were both in heaven.  While that lunch wasn’t the best meal we had in Nashville (more on our amazing meal at The Catbird Seat in a later post), it absolutely inspired me to put fish tacos on my to-make list when we got home.  This recipe is the result of that inspiration.

END_OF_DOCUMENT_TOKEN_TO_BE_REPLACED

I arrived home the other night a little on the late side, and was so happy to have the awesome time-saving technique of spatchcocking in my repertoire.  My wife had bought a chicken and pre-heated the oven so the wheels were in motion.  A few quick snips with my kitchen shears to remove the bird’s backbone and a tender little butter massage, and this beauty was ready to roll.  Spatchcocking (or butterflying) the bird does two things.  It allows it to cook more quickly by splaying it out and opening up its body cavity, and also encourages even cooking by better exposing the dark meat portions of the bird, the legs and thighs, to a more direct heat. In the time it takes you to truss a bird you can spatchcock it, and once split open, is considerably quicker to the table.  Whether you’re grilling or roasting a whole chicken, and aren’t bothered with the unconventional appearance of poultry that looks like it was run over by a truck, then you owe it to yourself to try spatchcocking.

END_OF_DOCUMENT_TOKEN_TO_BE_REPLACED

People toss around the term “life changing” for the silliest things these days, like….. “OMG that smoothie changed my life!”, but in this case, with this muffin, the phrase really does seem to apply.  Now, I’m not saying that this muffin will change your life, I mean it’s really good, but in the end it is just a muffin.  What I am saying is that this muffin helped to change my life.  That’s because this little lovely is partly responsible for my landing my job at Cook’s Illustrated and America’s Test Kitchen.  It’s the muffin I developed and presented to my boss and the editors of CI as part of my application for a job at the kitchen.  Crafting the recipe for this banana nut muffin was the last step in a multi-month long process required to join the ATK team.

Curious about what else it took to land a job there?  If so, read on.

END_OF_DOCUMENT_TOKEN_TO_BE_REPLACED

I fell in love with this dish when I first saw it published in Bon Appetit a couple years ago.  In fact, I found the photo of the dish so striking that I cut it from the magazine and pinned it to the bulletin board in my kitchen, along with a handful of other drool-worthy food shots to act as a small art installation decorating the space while my home was staged for sale.  For the LONG 2 + years it took me to sell the house I looked longingly at the shot of this dish everyday, but for some damned reason never got around to cooking it until a few weeks ago.  Such a shame, because this dish is so flavorful, and SO easy that I’m sure it’ll become a regular in my dinner rotation.

END_OF_DOCUMENT_TOKEN_TO_BE_REPLACED

This dish is called “Pizza” Rustica, but it actually has more in common with a quiche than a pizza.  I had never heard of the dish until this past Easter when my wife craved one, fueled by a memory of the “pies” her Grandmother brought to every Easter feast of her youth.  Sadly, her Nana’s recipe is lost somewhere in her extensive family tree, so she did some on-line research and chose this one as the one that best reflected what she remembers her Grandmother making.  It comes from one of our favorite pastry chefs, Nick Malgieri.  I debated holding this post until next year as the Easter holiday approached, but this dish is so good, and would make such a great addition to a Summer pot-luck, I thought I’d share it with you now.  The filling is a rich mix of ricotta, mozzarella, and pecorino, studded with a variety of Italian meats such as prosciutto, and dried sausage.  It has a slightly sweet crust which balances the salty, cheesy filling beautifully, and when baked, makes a photo worthy star of any family spread.

END_OF_DOCUMENT_TOKEN_TO_BE_REPLACED 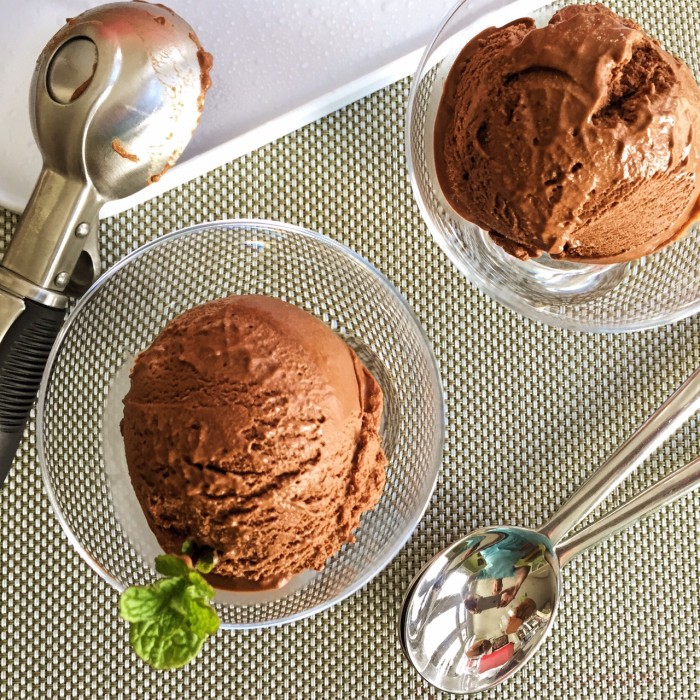 Working at America’s Test Kitchen I get paid to make recipes fail (in a sense) over and over again until they are positively bullet-proof and guaranteed to deliver great results for our fans.  At home however, I try to keep kitchen failure to a minimum.  That said, last weekend when making this semifreddo (Italian for half-frozen), I misread the recipe and ended up making a very different dessert from what the author intended.  I was in a hurry to throw something together and get it into the freezer for dinner guests that evening, and in my haste, “lost” an entire cup of cream from my mix.  Merde!

For those of you unfamiliar with the wonders of semifreddo, its a frozen dessert that can be made without an ice cream maker, and has a softly frozen consistency that feels more like a frozen mousse than an ice cream or gelato.  The key to its airy texture is that its made with a light, fluffy Italian meringue that doesn’t freeze as solid as the custard base typically used when making ice cream.

END_OF_DOCUMENT_TOKEN_TO_BE_REPLACED

See that little lovely above, mahogany-glazed, tinged pink with smoke, and so juicy you can see the knife glisten?

That’s one of my babies…..isn’t she beautiful!

Since I started working at Cook’s Illustrated over a year ago, I’ve developed a bunch of recipes for the magazine, and this slow-smoked pork roast is one of them.  Not yet published in the magazine (it’ll be in the July/August issue), it is one of 5 of my recipes that will be cooked and shared with our audience as part of the 2017 season of the America’s Test Kitchen TV show which starts filming in just a couple of days.  I must say, that as exciting as it was when my first recipes started actually appearing printed in the magazine (about 9 MONTHS after I started working there), the prospect of them being showcased on TV is even cooler.  As you might imagine, there’s lots of “TV magic” required for a dish like this one, that calls for an overnight dry-brining, and about 1 1/2 hours of cooking, to appear as though it was cooked start to finish in the span of a 20 minute TV segment.   This roast was cooked by one of my talented co-workers, Matt Fairman, who will be grilling a bunch of them behind-the-scenes as backups for the roast actually being cooked on-screen by the show’s hosts.  Matt will likely need to cook 6-8 of these roasts, each to a different stage of recipe completion, to be shuttled before the cameras as “twins” for the on-set roast so the whole cooking process can appear to be condensed into a short time frame.  This was a “practice run” that he cooked and presented to me for my approval to make sure it looked and tasted the way it’s supposed to before he’s actually called upon to cook it with cameras rolling.  It was perfect, he did an awesome job!