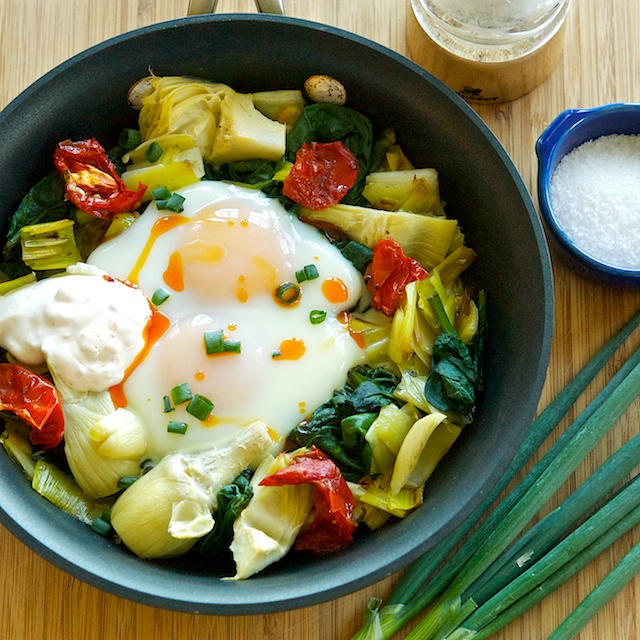 I'm a huge Paul McCartney fan, in fact I'm a Beatles freak.  While I'm a touch too young to have seen the Beatles perform live, I've been fortunate enough to see Paul a few times over the years and I am so grateful to have had the chance.  As I sat the other day thinking of performers I REALLY want my kids to see before they retire (don't ask me why I was thinking this, but I was), Paul McCartney topped the list.  I mean, can you think of anyone (still alive) that has influenced the music we all listen to today in such a profound way?  Yeah….me neither.  I could go on for days about what it is about his songwriting and singing that moves me, but much of it you've probably heard before, or even feel yourself.

No….. today we're going to talk about Sir Paul's eating habits because we are after all a cooking blog, not Rolling Stone.  For those of you that don't already know, Paul is a vegetarian and has been one for years.  Now before any of you start freaking out, don't worry I'm not converting to a plant-only diet (not that there's anything wrong with one), its just not for me.  That said, we are endeavouring to follow the "cute-one's" lead by designating our Mondays as meatless.  Meatless Mondays is an initiative that Paul proposed a few years back, and rumor has it he is even working on a cookbook of the same name.  I think it's a grand idea, one that not only forces me to get a little more creative in the kitchen by coming up with some tasty meatless dishes, but also gives us the perfect opportunity to talk to the kids about ALL of the issues that surround the raising, slaughter and transportation of meat based proteins to the table.

Those of you who have been with us for a while know that I am above all other things, an "everything in moderation" kind of guy.  I'm not really anti-anything (with the exception of trans-fats and monkfish liver, both of which you can keep to your greedy little selves if you please), around here we eat it all but try to eat it all smartly.

That is of course except for chocolate.  I'm afraid that we do go off the rails frequently when it comes to chocolate, but I blame Muppet for that….bad girl.

When we do eat meat I work hard to buy local when possible, but at the very least am careful to choose meat from humanely and organically raised animals.  Why?  For two reasons.  First I think  it's the right thing to do.   I have no qualms about killing animals for food, but certainly feel that we owe them a decent quality of life while they are living.  Second, the meat from well raised animals just tastes better, and after all de gustibus non disputatandum est  (oops sorry, I forgot that not all of you speak latin fluently), in english…"There's no disputing taste". 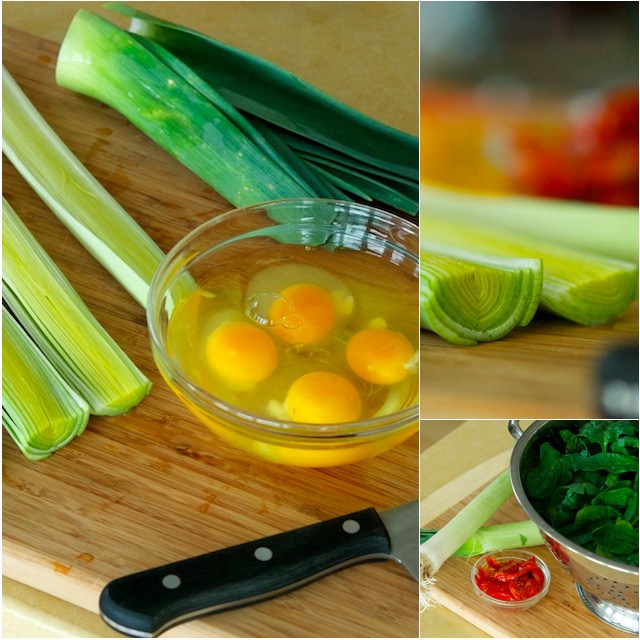 So in order to roll-back our consumption of meat around here, we're adopting a Meatless Monday calendar and I'd encourage all of you meat eaters out there to give it a try too.  For our inaugural "Meatless Monday" post I riffed on a recipe from a recent Bon Appétit mag by the now quite famous London chef/restauranteur Yotam Ottolenghi.  I've seen a lot of Ottolenghi's dishes in blog posts that I've read over the past 6 months and the general concensus is that this guy is a genius at vegetarian cooking. His cookbook Plenty: Vibrant Recipes from London's Ottolenghi

was among the most popular published last year, and now that I've given one of his dishes a test drive, I can totally see why.  I did switch things up a bit by adding more leek, some artichoke hearts, a few sun dried tomatoes, and a sambal spiked sour cream to the dish, but the bones of this thing is all thanks to Yotam.  It's not only beautiful, but its healthy and effing delicious to boot.

So….hats off to both Sir Paul and to the clever and talented Yotam Ottolenghi, thanks for making our first Meatless Monday so tasty!

Baked Eggs with Spinach and Leeks

by: Adapted from a recipe by: Yotam Ottolenghi
notes: Serves 4-6

Like Google +1 1 Retweet
« Triple Chocolate Cranberry Oatmeal Cookies
And the Winner of the OXO Egg-Beater is……….. »
blog comments powered by Disqus