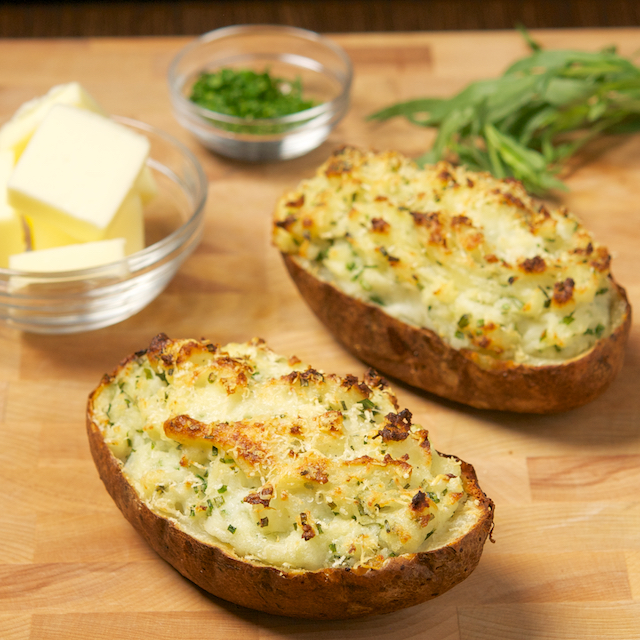 I suspect that primarily it has to do with the fact that mixing ensures that EVERY bite of potato comes slathered in butter and sour cream (YAY!), but I think some of it has to do with the texture as well.  You see, by blending the butter and sour cream into the spuds they end up almost like mashed potatoes before being loaded back into the potato skin.  For me, they are the perfect hybrid in that regard as the offer both the creamy, well seasoned flavor of a good mashed potato along with the crisp jacket that has always been my favorite part of a baked spud.  Huzzah! 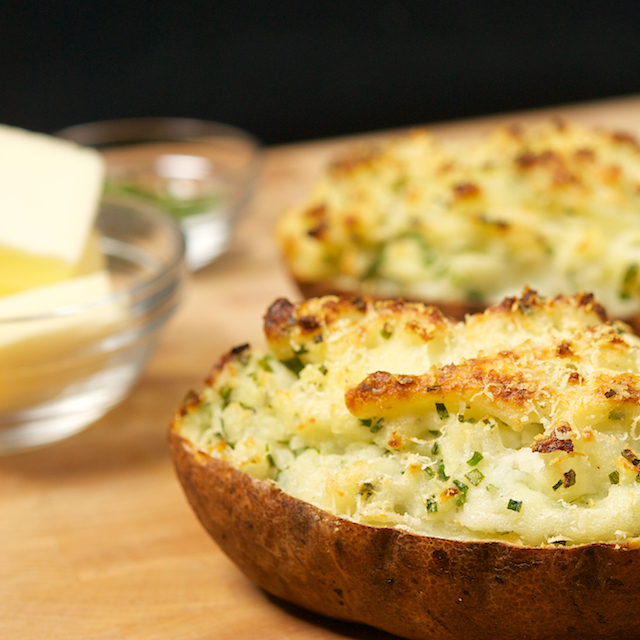 You can certainly divide the seasoned smashed spuds equally back into the 4 half-skins, but I much prefer to overload three of the skins so that they’re piled high, leaving one leftover skin on which to nosh while cooking.  Just slather it with butter and sprinkle it with salt and pepper for a special chef’s treat!

by: slightly adapted from a recipe by: Alison Romans and as seen in Bon Appetit | March 2015 Issue
notes: Serves 3-4
yield:
Cooking ModePrint Recipe